The Recamán sequence is a famous sequence invented by the Colombian mathematician, Bernardo Recamán Santos. It is defined by the following algorithm, starting at $a_0 = 0$:

It was covered in a Numberphile YouTube video that also featured the visualization by Edmund Harriss in which sequential numbers are linked by semicircular arcs. The following Python code reproduces the resulting image. 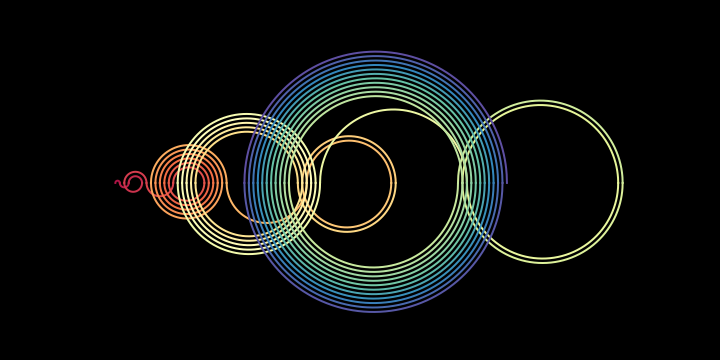 The test for deciding the next number in the sequence uses Python's new (since 3.8) "Walrus operator". This allows the use of a named expression: (b := a - n) in the conditional statement:

which assigns the result of a - n to the variable name b so that its value can be reused. In Python 3.7 and earlier, the assignment has to be made on a separate line:

I'm not wild about named expressions, and wouldn't usually use one in my own code here; I find the second approach clearer and less error prone: if you forget the parentheses, the line if b := a - n > 0 and b not in seen: is syntactically correct but assigns the boolean result of a - n > 0 to b because of the higher precedence of the > operator...

If you like your Recamán sequence visualized diagonally, modify the add_to_plot function to rotate by 45°: 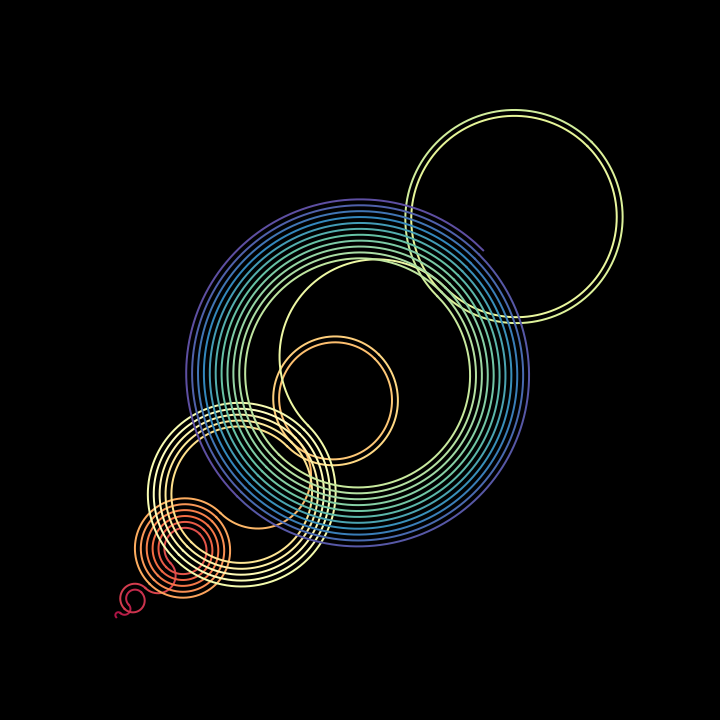 Thank you so much for your contribution. I love your website and the beautiful artsy examples you show here.

Thank you very much! I'm glad you like them.