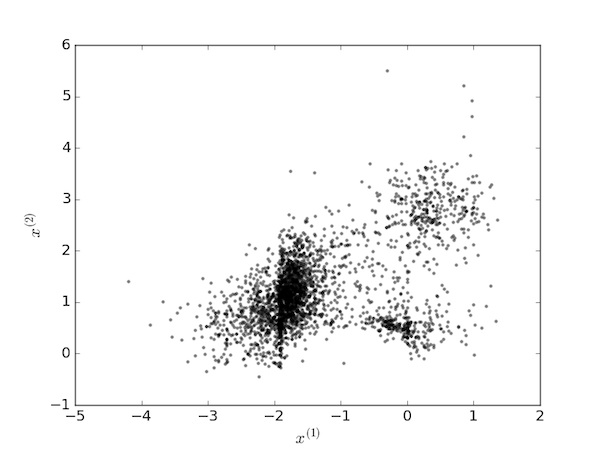 To the human eye, it would seem reasonable to assign these points to $K=3$ clusters. The algorithm proceeds by first picking three random points as the centroids of the clusters: 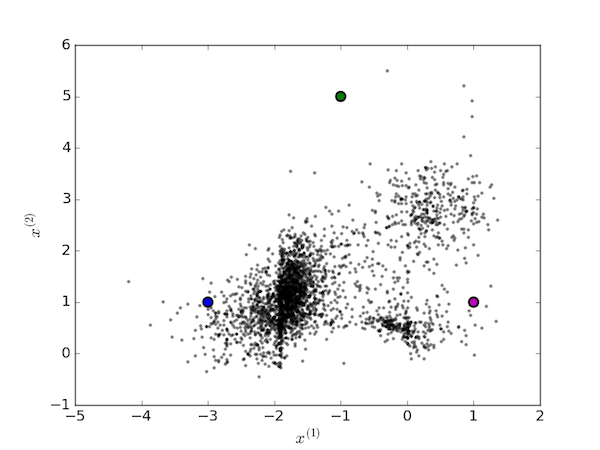 We then iterate over two steps. First assign each data point to the cluster with the nearest centroid: 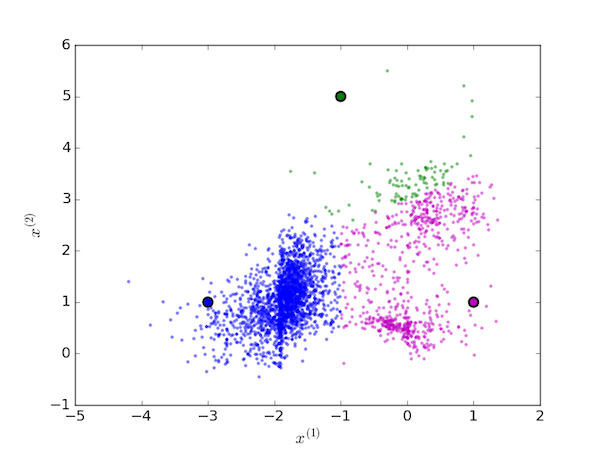 Next, move each centroid to the mean value of the points assigned to it: 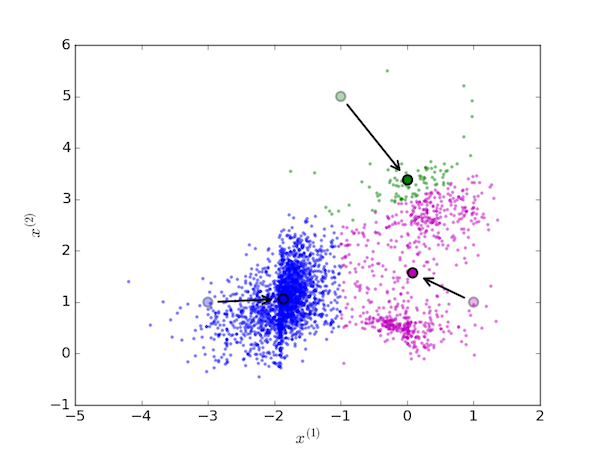 On the next iteration, the each data point is again assigned to the cluster with the nearest centroid (since they have moved, this generally means reassigning some of the data points): 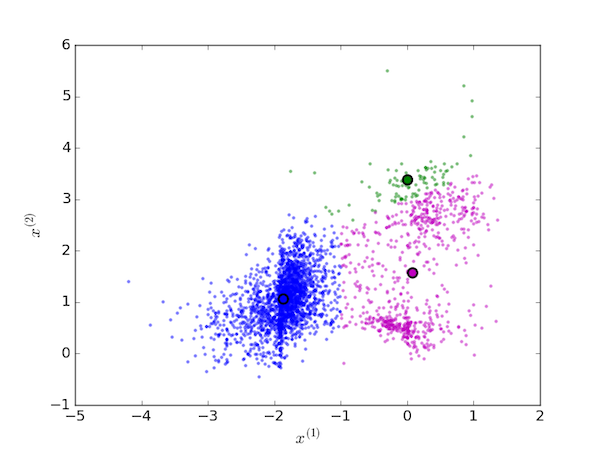 and again, the centroids are moved to the new mean value of each cluster: 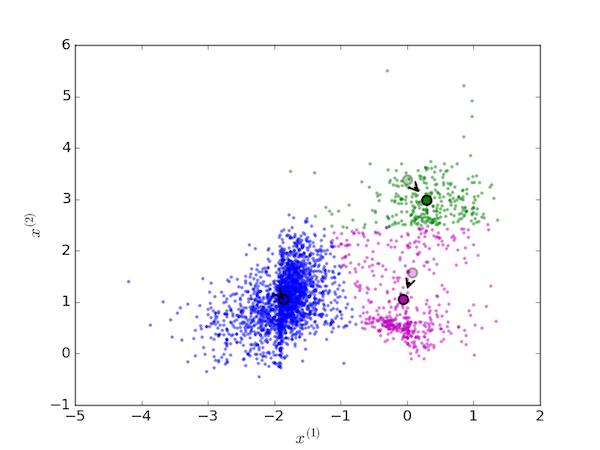 This procedure is replaced until the centroids no longer move because no data points are reassigned. The final cluster assignments for the initial conditions are shown below. 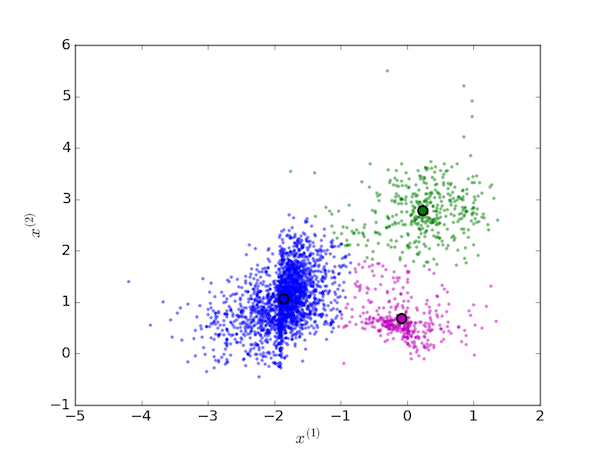 Mathematically, the $k$-means algorithm partitions the data set into $K$ sets, $\boldsymbol{C} = {C_1, C_2, \cdots, C_K}$, such that the sum of the within-cluster squared distances between each data point and the cluster mean is minimized:

The $k$-means method is not guaranteed to find the global minimum in this equation and so it is frequently implemented by re-running it several times for different random initial choices for $\boldsymbol{\mu}$ and selecting the clustering with the smallest value of the above summation.

The cluster assignment step is carried out with this line of code:

The squared distance between data point $\boldsymbol{x}$ (x) and the mean of cluster $i$, $\boldsymbol{\mu}_i$ (av = mu[idx]) is calculated as the vector dot product, (x-av) @ (x-av) implemented with Python's new @ infix operator. This expression can be replaced with np.dot((x-av), (x-av)) in versions of Python earlier than 3.5. The list comprehension then generates the index into the cluster average array and value of the squared distance between each data point and that cluster average. From this list, the index with the minimum distance is returned and set to k: that is, the index of the cluster with the smallest distance between its mean and the data point.

The cluster means (centroids) are moved in another single line of code:

This simply resets the list of vectors mu to the average value of each cluster's data points. The argument axis=0 ensures we average over the observations but not over each dimension of the data vectors.

The first function defined, kmeans, performs a single run of the $k$-means algorithm and partitions the provided data, X, into nclusters ($K$) clusters. The second function, kmeans_pp runs kmeans a given number of times, nrepeat, and returns the optimum clustering found over these runs.