As well as playing an important role in the description of diffraction effects in optics, the Fresnel integrals,

find an application in the design of motorway junctions (freeway intersections). The curve described by the parametric equations $(x,y) = (S(t), C(t))$ is called a clothoid (or Euler spiral) and has the property that its curvature is proportional to the distance along the path of the curve. Hence, a vehicle travelling at constant speed will experience a constant rate of angular acceleration as it travels around the curve — this means that the driver can turn the steering wheel at a constant rate which makes the junction safer. 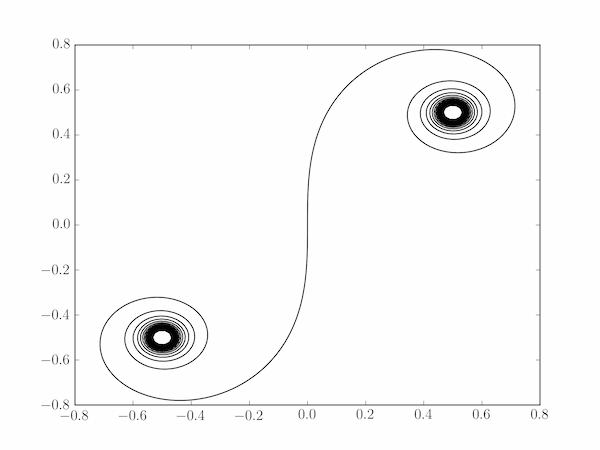